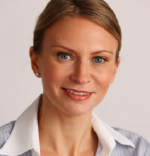 Dr. Potapova formed the first link of American pediatric ophthalmology to the Russian Federation. In 2007, while she was a resident in ophthalmology at the LSU Health Science Center in Shreveport, LA, she received a phone call from a former colleague in Moscow, Irina Astasheva, MD. Dr Astasheva was attempting to treat ROP in Moscow and had a list of questions regarding ROP. Dr. Potapova showed these questions to Dr. Richards, her LSUHSC staff physician in pediatric ophthalmology. It became quickly apparent that these questions could not be adequately addressed in a telephone conversation.

In 2008 Dr. Richards, Dr. Potapova and several other physicians from LSU Health Science Center travelled to Moscow to form initial relationships and speak at the prestigious Fydovor Microsurgery Institute in Moscow. There, Dr. Richards met Dr. Astasheva and her circle of pediatric ophthalmologists who screened and treated preterm infants with ROP. A permanent liaison and partnership was born. 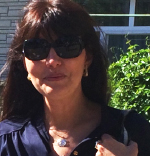 Dr. Astasheva is responsible for the creating Dr. Richards’ spark for working together with physicians in Russia and Eastern Europe to bring knowledge and resources to combat the blinding infant disease known as retinopathy of prematurity. The initial contact was made in 2007 when Dr. Astasheva reached out to Dr. Natalia Potapova, then an ophthalmology resident of Dr. Richards at LSU Health Sciences Center in Shreveport, to ask several questions concerning diagnosis and treatment of ROP. Drs. Astasheva and Potapova had undergone medical training together in Moscow.

Dr. Astasheva is the leader of pediatric ophthalmologists who screen for ROP at various NICUs in Moscow. She was quite eager to learn, and after instruction from Dr. Richards in 2008 in Moscow, Dr. Astasheva travelled at her expense to Shreveport, LA to observe him screen infants at three NICUs in Shreveport for two weeks. Eye Samaritans International, later sent her for a two-week training session with Dr. Subhadra in Hyderabad, India, learning advanced techniques of diagnosis and laser treatment of ROP. Dr. Astasheva began a training center for ROP diagnosis and screening in Moscow. She is an extraordinarily dedicated and passionate physician who devotes incredible energy to diagnose and treat ROP in Moscow and to impart to other physicians her extensive knowledge.

A long-term partner of ESI, Dr. Astasheva worked with Drs. Richards and Quinn to present a poster on aggressive forms of ROP at the International Meeting of Pediatric Ophthalmology and Strabismus (AAPOS) in Washington, D.C. in March 2018.